By sharimcminn
Posted November 17, 2018
In Uncategorized
0
0 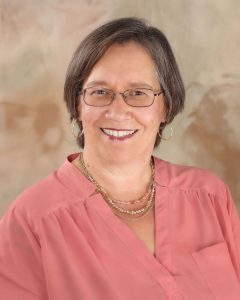 I was trying to make it to post #50 for my book, ADOPTION: Encouragement and Advice for a Hopeful Journey, but this will be my last after two years of blogging on chapter excerpts and other thoughts. Next week I will be switching over to blogs regarding my new missional cookbook, MAKE A MEAL + SHARE A MEAL: An Easy Cookbook for Large Batch Family Meals + Leftovers to Freeze or Share with Those in Need, to be released on Cyber Monday (Lord willing!) November 26, 2018 in both softcover and Kindle. I wrote it during my grief recovery from my adopted daughter Destiny’s murder.

So, I want to leave you on a positive note and think perhaps the most important thing to come out of my family’s adoption journey, is to share what my adopted children think about having been placed in a forever family. With that in mind, here is the entire text of the chapter in which their voices are “heard” from their written thoughts, unedited, except for a few grammatical corrections on my part. In order to protect their privacy, these are presented without names. I will reveal to you now that the last one in the sequence was written by my beautiful butterfly, Destiny Renace McMinn, now in Heaven with Jesus.

“The parents adopting should never give up.  Believe it or not the adoptee actually does see the effort and actually does start realizing, eventually, how lucky he is.  Most of the time, personally, I’d do dumb stuff over and over again and be shocked that the parents didn’t just ‘take me back’ again – believe it or not I did see that, ha!  As long as the parents show no signs of giving up on the adoptee, the realization of the term ‘home’ starts to stick in our heads. “

“Being adopted doesn’t seem like I was adopted; it seems as if I have always been in my family; I don’t remember what happened before because I was so young.  It just seems special because I can do more stuff like 4H, field trips, playing with lots of other kids, being with my family having fun, than if I had been in a different family.  Sometimes it can be a hard thing because I feel different from everyone else.”

“It’s good even though sometimes it is hard.  Sometimes my parents and siblings are a pain, but in the end it is worth it. Hopefully I’ll be able to do the things in my life I want to do because I get opportunities I wouldn’t have had otherwise.”

“I do think adoption is a pretty good thing because it can help kids learn more than they would have known where they were before. You have more opportunity, and your adoptive family can help you figure out about your past. It is hard work at first to be around people you don’t know that well. It is a challenge, but you just have to get used to it. For me it took at least a year to feel like I was safe and my adoptive family would actually take care of me.

When I was younger I had a hard time trying not to play too rough with my younger siblings. Sometimes I got out of control and one of us would get hurt.  I realized I had to have more self-control so I learned to suggest we play something else that would be more safe.

Twelve years later I still have some challenges. It is difficult when I am dealing with my own problems, and someone else in my family wants me to help them with their problems. Also, it remains a challenge for me to not get upset all the time about every little thing, not just the big things I should feel upset about. Now that I’m older I realize I need to give myself some time to calm down to not be so upset when dealing with things I feel angry about and have overwhelming emotions.”

“To start out with, I want everyone to know that being adopted is one of the best things that has ever happened to me. I am so grateful to be in a loving family. After being removed from my biological parents’ home, and through foster care, it was and still is very difficult sometimes to trust people and express things to people.  But thanks to my adoptive family I learned that you can trust people and how much people can love one another.

There are many things that are hard with being adopted. Not all of them I would like to talk about but here are a few. First It is really hard sometimes for me to feel comfortable when visiting family members of my adoptive family’s side I feel kind of like the ugly duckling who is obviously not REALLY family. Of course, they are welcoming most of the time but it is just very difficult to connect and feel wanted. I absolutely hate family reunions because of that.

My mom and I have come a long way and I’m really glad to say we get along very well now but it definitely was not always like that! It seemed like during my middle school years we fought almost daily and it was awful! I didn’t want to connect, or even want to try to at one point with her, and I’m sure she was disgusted with me at times. Even during my high school years, things were better but I still didn’t feel like talking to my family about things, especially my mom.  And it really hurt to see my friends with their moms who look like them, acted like them genetically, they can talk to them about anything, and just have that special connection I haven’t really felt. But after realizing that all of that is not the most important thing in the world, I knew things could get better for us if we worked together.  And they did! I don’t know how we made it through but thankfully we did and have a pretty good relationship now.

Being adopted is pretty cool but pretty challenging sometimes.  To be honest, I didn’t even really think about it much at all until my high school years. And with being older, and able to make my own decisions, being adopted can become very complicated! It’s hard to decide if and when you want to reconnect with your biological family, keep the peace between both families, be able to handle the drama, memories and your emotions. I am going through this right now and I thought at first it would be easy. Well, it most certainly isn’t. You must be able to handle so much and stay in control of your life.  And don’t let people tell you how or what to do based on their own thought of what only they think is good for you. Do what is good for you, when it is good for you. It was difficult for me especially when friends started to look down on me for wanting to reconnect with my biological family, and some things where said that hurt a lot! But I realized that it is MY life and I’ll do what I think is good and right for me, and not rely on others to tell me how to act.

With being adopted, also it’s hard to feel ‘even’ with the other biological kids in the family sometimes. I know it sounds ridiculous, but it’s true.  Lots of times we just feel like we will never be as good, as smart, as special, whatever!  It is hard even when there is so much love in the family!  That is something that just happens a lot and I just have to remind myself it’s not true. Lots of people ask me if it’s weird to be raised in a home with only white people, and to be honest I literally laughed at that question because I learned that color doesn’t mean anything. It’s all about if they love you and that’s all I care about. I honestly don’t even think about myself looking different or standing out until someone points it out, and you know I think it’s pretty cool.

Being adopted has been a rough road but I’m glad that’s the road that was chosen for me.  I couldn’t be happier with the family I have, or for people in my life that helped me get to where I am today.”

Pray that you will never give up on your adopted child, and God will show you how to create felt safety and trust in your family relationships.  Go and enjoy one of your last remaining CREATIVE DATES!

sharimcminn
Shari Howard McMinn is an author, editor, farmer, writer, and most importantly Mom to 11 children. Widowed very unexpectedly on June 2, 2013, Shari continued the direction of her life built with her late husband, Cary, and launched her public speaking and writing business which he had often encouraged her to do. Drawing from her 'over the top' life, she writes non-fiction and presents PowerPoint talks on issues related to family life, including adoption, childhood nutrition, family economics, homeschooling, and proactive parenting. She is available for broadcast interviews and presentations in Colorado and surrounding states, as well as Florida and Georgia. A dynamic speaker, Shari engages the audience with her true-life storytelling and practical advice based on experience and biblical wisdom.
Recent Posts

Send me an email and I'll get back to you, asap.