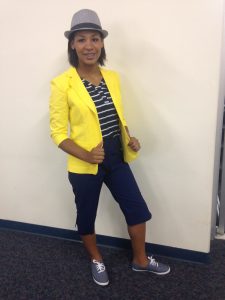 I have been slow to blog these past few months as I have been dealing with court proceedings regarding the murder of my adopted daughter, Destiny. She was killed as part of a probable drug cartel hit on or about March 22, 2017. Her damaged and decayed body was found hidden in an abandoned hog barn a few weeks later in April, just shy of her 19th birthday. It has been a difficult journey and one I never imagined I would experience. God remains good and trustworthy, seeing me through the valley of the shadow of death.

Thankfully, the first defendant took a plea bargain and the judge wisely sentenced him to the maximum allowed by law for the plea. I’m sorry the young man will probably suffer greatly in adult corrections but our community will be safer and the price for justice is often very high. The stiff sentence hopefully warns criminals and their teen stooges used as mules and tools that crime doesn’t pay except with incarceration. I am grateful to the District Attorney’s office and Sheriff’s staff who did an incredible job bringing about justice with evidence and examination.

Justice was served by a judge who apparently really studied the facts of the case. The sentence was fair for the severity of the crimes.  It did give us some closure as it was the sentence we asked the judge for. However, there is no victory for our family in the sentencing. The only victory in this life is in Jesus Christ. I have peace that my daughter knew Him as her personal Savior and Lord, as do I. She is with Him in eternity and I will see her again in Heaven on the other side of this often tragic earthly life. That is the true victory in what has been and continues to be a very difficult two years of our lives.

The second defendant faces two counts of first degree murder (there was another man with my daughter who was also killed) in his jury trial scheduled to begin January 14, 2019. I will continue to do my mother’s duty of attending the trial each day as I am able on behalf of Destiny whom I loved with all my heart. I can express my continued love for her as I remain vigilant that justice will again be served in this second case.

Here is the link to the news article describing the sentencing of the first defendant: http://www.fortmorgantimes.com/fort-morgan-police/ci_32208949/maximum-prison-sentence-torres-garcia

I appreciate your continued prayers for me and my children who were Destiny’s siblings and loved her through the ups and downs of her traumatized life as an adoptee with Reactive Attachment Disorder. It is difficult to grasp in our humaness that though her behaviors were difficult to live with, we loved her beyond words and miss her smile and the good times we shared together as a family. Our grief and moving forward is very complex but we are trusting that the Lord will bring us through.

Adoption: it can be an arduous life but with glory to God, we would do it all over again.

sharimcminn
Shari Howard McMinn is an author, editor, farmer, writer, and most importantly Mom to 11 children. Widowed very unexpectedly on June 2, 2013, Shari continued the direction of her life built with her late husband, Cary, and launched her public speaking and writing business which he had often encouraged her to do. Drawing from her 'over the top' life, she writes non-fiction and presents PowerPoint talks on issues related to family life, including adoption, childhood nutrition, family economics, homeschooling, and proactive parenting. She is available for broadcast interviews and presentations in Colorado and surrounding states, as well as Florida and Georgia. A dynamic speaker, Shari engages the audience with her true-life storytelling and practical advice based on experience and biblical wisdom.
Recent Posts

Send me an email and I'll get back to you, asap.